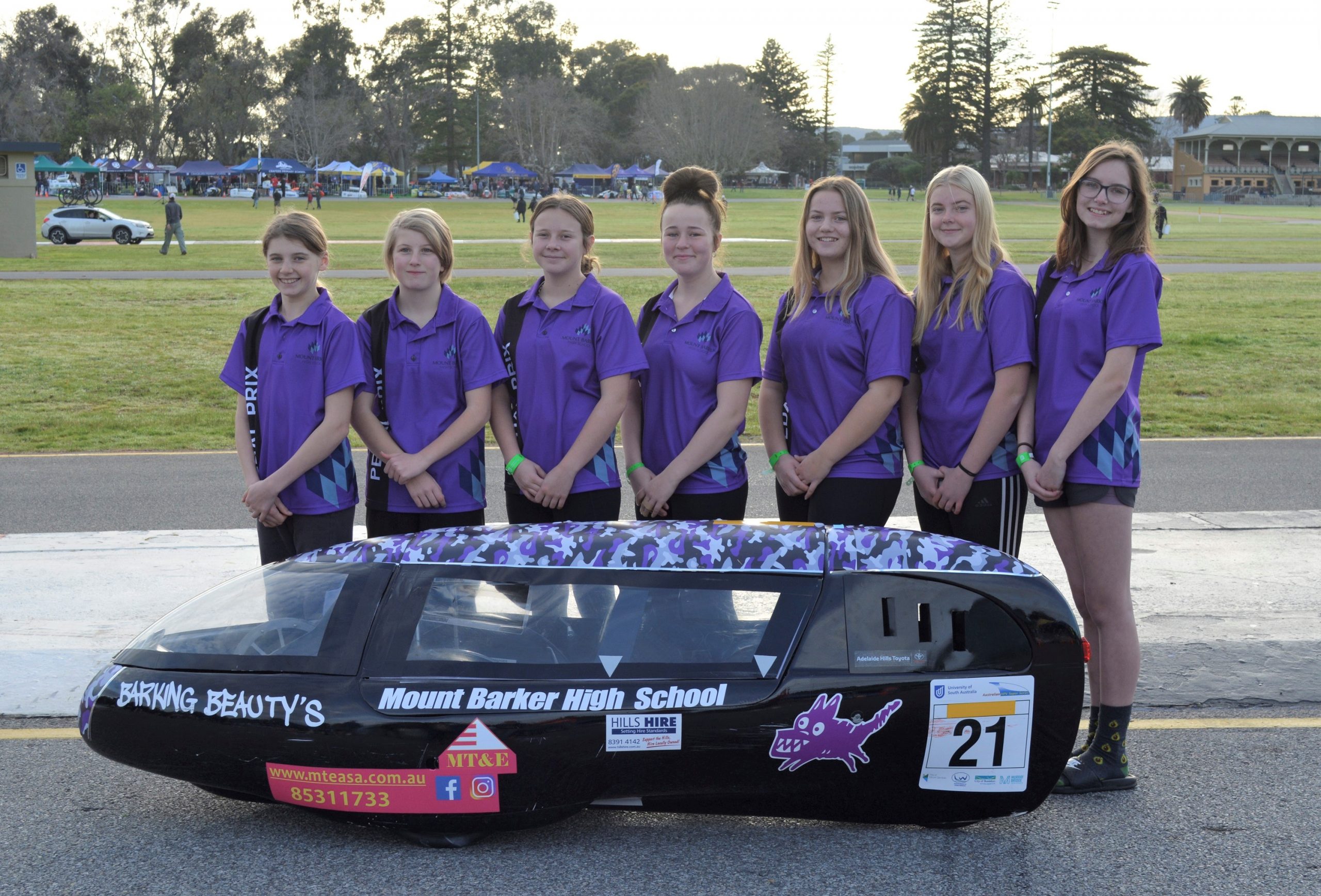 A seed was sown in 2018 when we had interest from three year 8 boys to join our Pedal Prix Teams.  We had 2 full teams already so the three extra riders would have made our junior team too big for the 6 hour races at Victoria Park.  The Senior Team Barking Mad (who won every race in 2018 in their category and were season champions) had sisters in year 8 and 9 who had been involved in supporting their brothers at every race for the past 4 years.  We asked the 3 girls (one my daughter) to join the boys to make a team for the 2 Victoria Park races using the very old corflute trike.

They enjoyed it so much that they asked me if we could have a girls’ team for 2019.  One of the Senior Teams dad Pete Askew, found out that Paul Clarke, Team Manager/owner for “Wild One”, was selling his trike at the end of the 2018 season along with the trailer.  I forwarded the information to the Principal and suggested “girls team”, can I investigate.  To which he replied “Yes”.  After investigating, I then had to convince the Principal that it would be a good investment and that we should be promoting women/girls in sport, especially as there aren’t that many female pedal prix teams.  As my daughter was very keen, so I made a personal promise that I would raise $6000 in sponsorship and knowing he would have our family support and involvement for another 9 years, he agreed (my youngest son is now in a junior community team and will be part of the schools teams when he gets to high school in 2022).  I approached sponsors with the “women in sport” angle and was lucky to get the funds I had promised.

Our Principal Mr Warren Symonds, has been a great supporter of the Pedal Prix since my eldest son Saxon Buchmann and his friend Harry Askew approached him in 2014, when they were in Year 8 and asked if the school had a trike (they had raced in primary school).  There was an old trike and they were given approval for their parents to take, repair it and race it.  From there we have grown to 3 teams this year, and 2 affiliated community teams – one in C7 (so the parents and old scholars from Barking Mad can race), and a C4 for our feeder team.

Once the season was finished Paul serviced, repaired and resprayed the trike ready for our 2019 season.  We just had to add a few finishing touches to it and get a team together!

By the end of the season 2018 I had 4 definite team members and just had to get some more.  I put into place my Recruitment Drive with “GIRL POWER” signs at the school, had the trike on display at the school’s Sports Day and open night with pedal prix video footage and photographs to get some interest.  Working at the primary school I also knew a few girls that were sporty and might be interested who had just started high school.  It was cutting it fine but we pulled together our team for Mount Gambier. 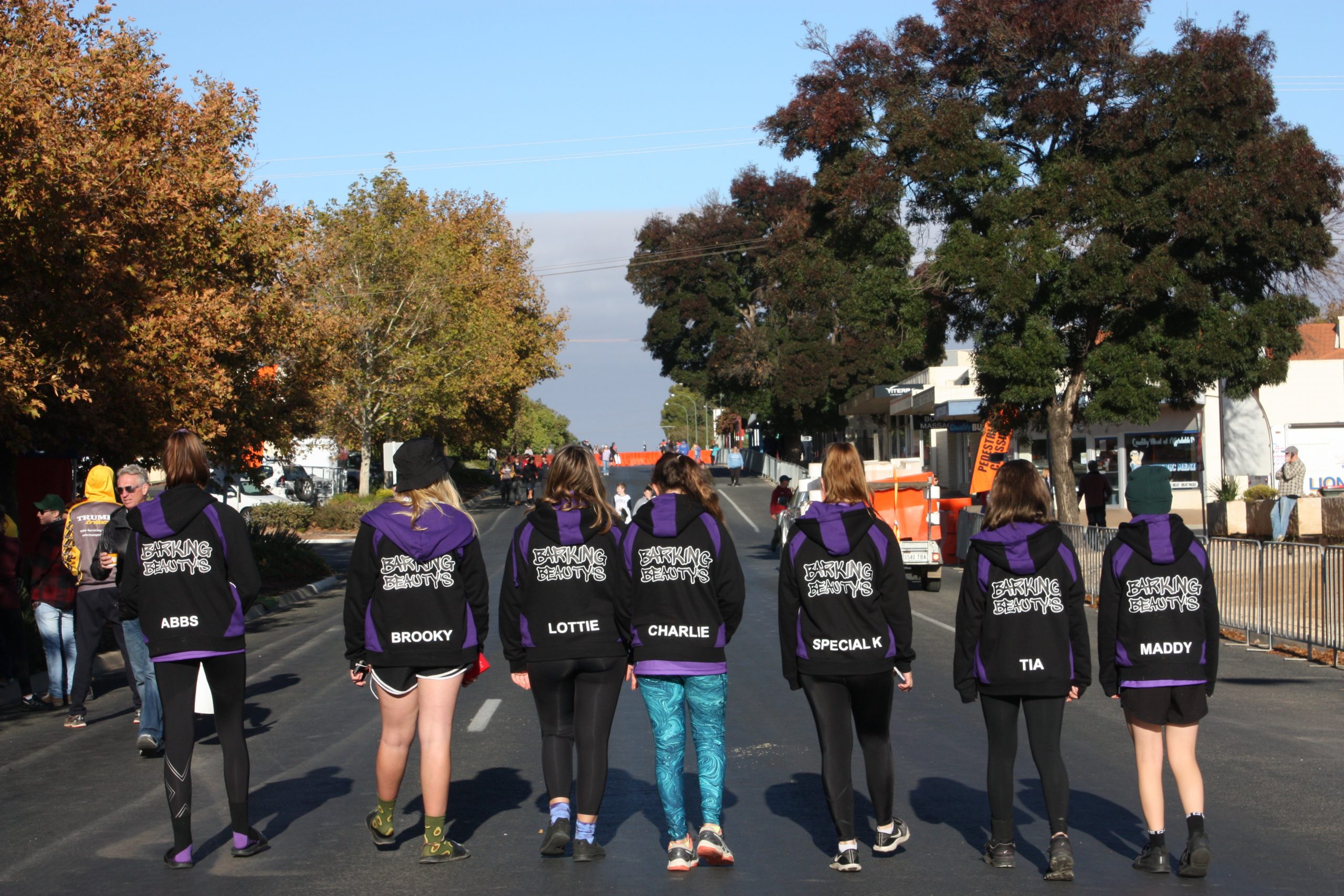 The team have shown continued growth over the season, with every rider improving in different aspects; striving to get fastest lap, increasing lap times and lap number, gaining confidence, working together and forming a strong team bond.  The girls being in different years at school, wouldn’t normally have formed friendships if not involved, now they are close friends who can turn to each other for help and support outside of Pedal Prix.

They finished the season in the overall Series standings in 3rd place in their S2F – All female category.   This is a fantastic achievement for the team’s first year and their continued passion and enthusiasm will ensure the team will continue to improve.

A few of the dads took on the repairs, maintenance and makeover of the trike last year.  During the off-season Dave Nagle was eager for a project to work on and as he showed such interest, I happily handed over the trike to him.  My only guideline was to keep the purple as close to the girl’s team shirts as possible, other than that, I said he could do whatever he wanted, as long as it was ready for our first race.

I have to say as a team manager I am very lucky to have such a fantastic group of girls.  They are all lovely, caring, friendly, well mannered and show great sportsmanship.  As a bonus their families are dedicated to supporting their children and make my job a lot easier. 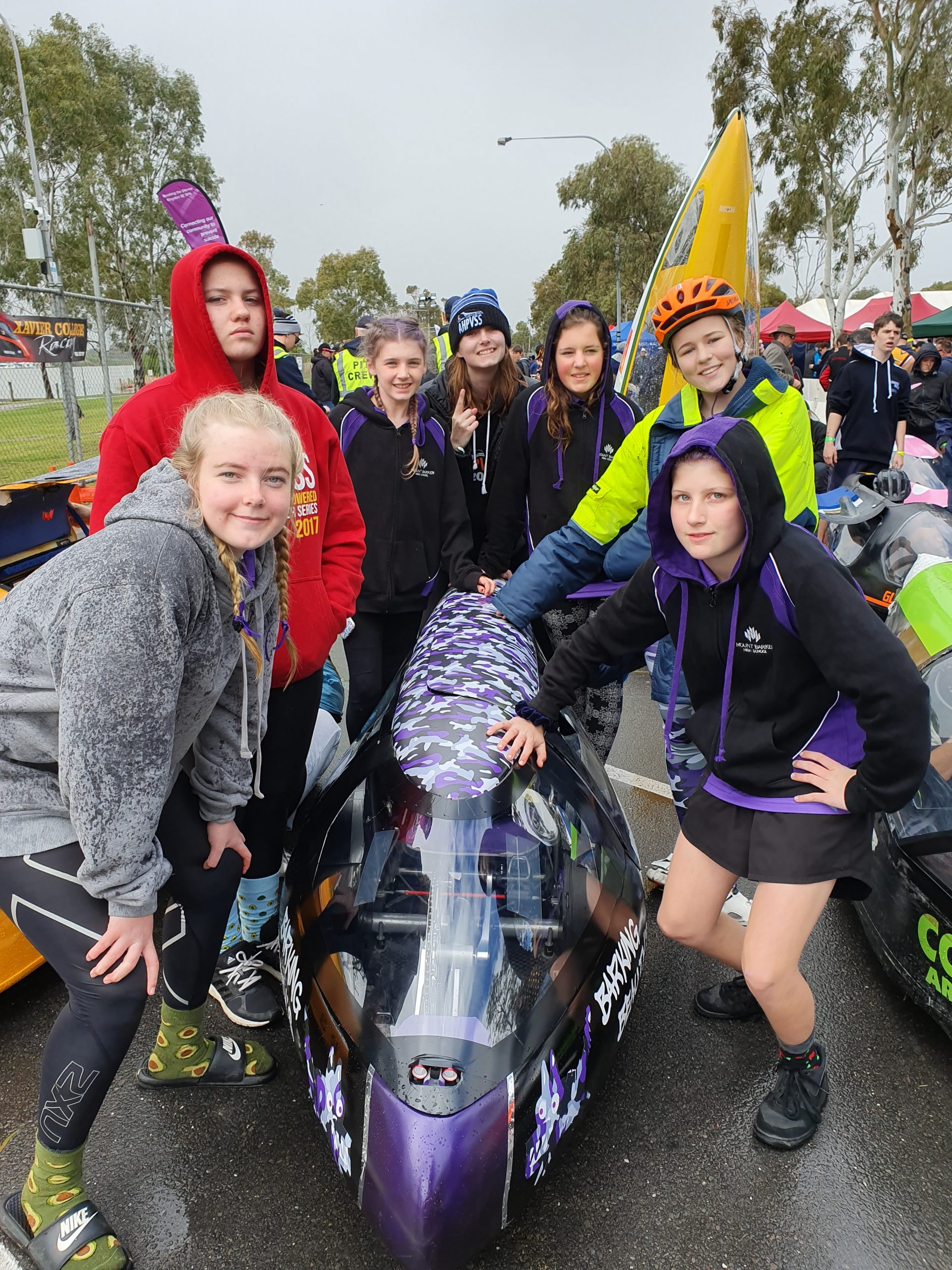 All our teams are coached, managed and supported by a dedicated group of parents, grandparents, siblings with the support of the school.  This makes it a great “family” and community environment not only for the students to make new friends but also the parents.  We all feel part of the team.  I personally have made some lifelong friends through my involvement.

Our girls were pretty determined to win a race in 2020.  We are hopeful that we will get a race in this year, and I am encouraging the team to stay fit during this time.

However, if we don’t get that opportunity, we will be ready for 2021!